Fluorine is the ninth release of OpenDaylight. With this version, the project has moved to a system of managed releases, with streamlined packaging to accelerate the development and deployment of OpenDaylight-based solutions. 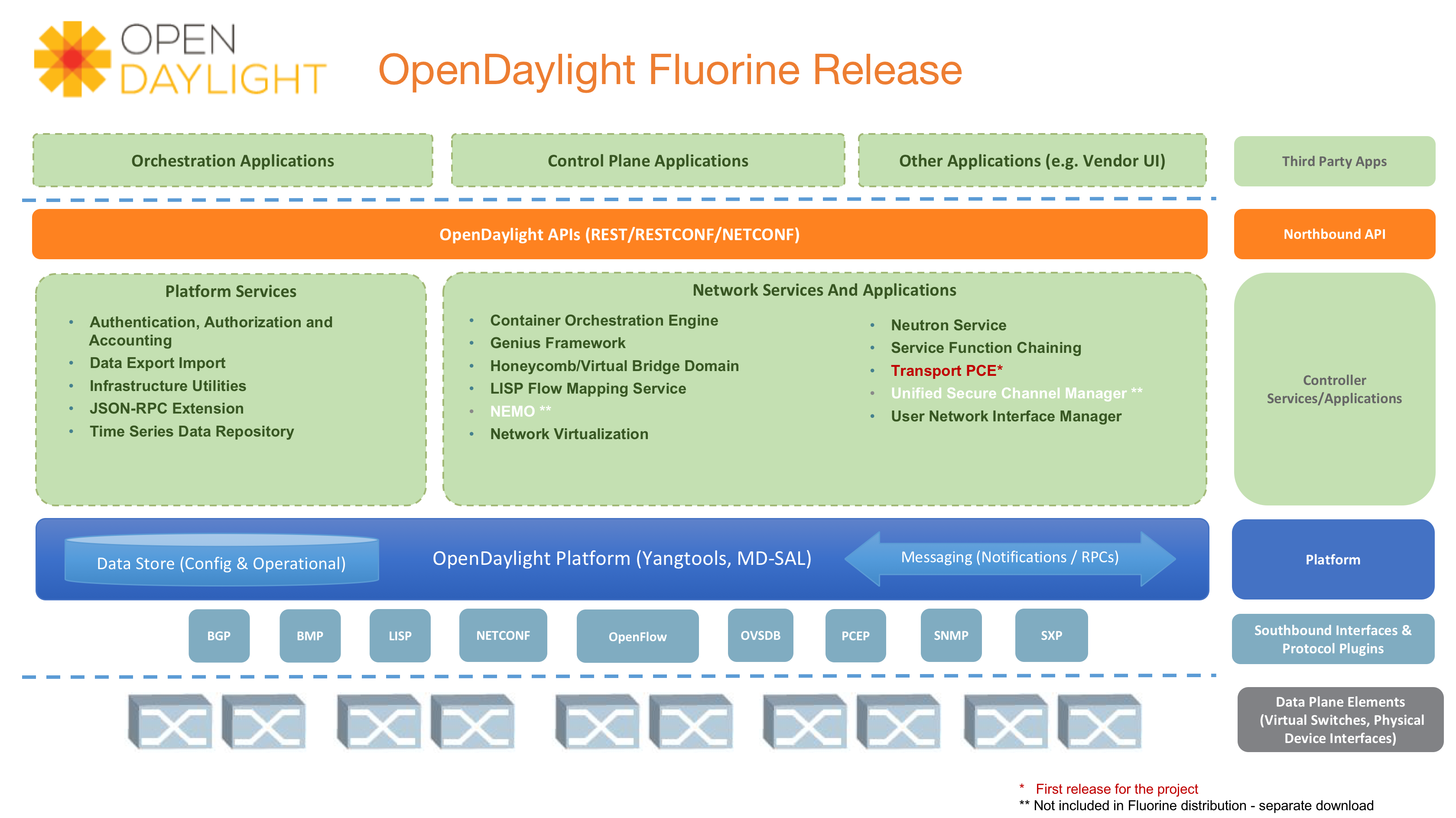 Some of the most common questions about working with open source technology are how the raw code gets transformed into a finished “product” or solution, and by whom. With Fluorine, OpenDaylight has made a significant move towards providing a streamlined package that eliminates the need for solution providers to do basic test and integration of the core components, allowing them to focus on building differentiated capabilities and deliver a complete solution faster than ever.

The managed release process was initiated with Oxygen and comes fully to fruition with the Fluorine release. Mature projects that are central to the platform architecture are closely monitored throughout the release cycle for health and timeliness of meeting release milestones, ensuring that these components can be tested together as an integrated package.

With Fluorine and beyond, users and solution providers will receive the mature core components of the OpenDaylight platform as a single download, while still benefitting from the unique freedom and flexibility of OpenDaylight’s modular platform. This approach allows non-core projects to evolve at their own pace while providing a stable, easily consumed release to in-house and commercial solution providers.

Work on optical transport, including the TransportPCE project, has also been nurtured within OpenDaylight for some time. Fluorine formally releases Transport PCE for the first time, as a component of the managed release. In addition, Fluorine  provides a new reference implementation for OpenROADM-based optical infrastructures control.

Cloud/edge Computing. Several new features were added to further enhance support for network virtualization within cloud and edge computing environments. This includes improved IPv6 support, support for both stateful and stateless security groups, and SR-IOV hardware offload for OVS. Much of this work has been developed for OpenStack environments, and is now being leveraged to integrate ODL with the Container Orchestration Engine for Kubernetes environments.

OpenDaylight continued its deep engagement with other open source projects such as OpenStack, OPNFV, Kubernetes, and ONAP. Notably, ODL code is integrated into OPNFV’s CI/CD toolchain, which slashes the time it takes the OPNFV community to provide feedback to ODL contributors from months to days.